Adopted Washington Post op-ed writer: ‘I wish my birth mother’ had ‘a real choice’ to abort me 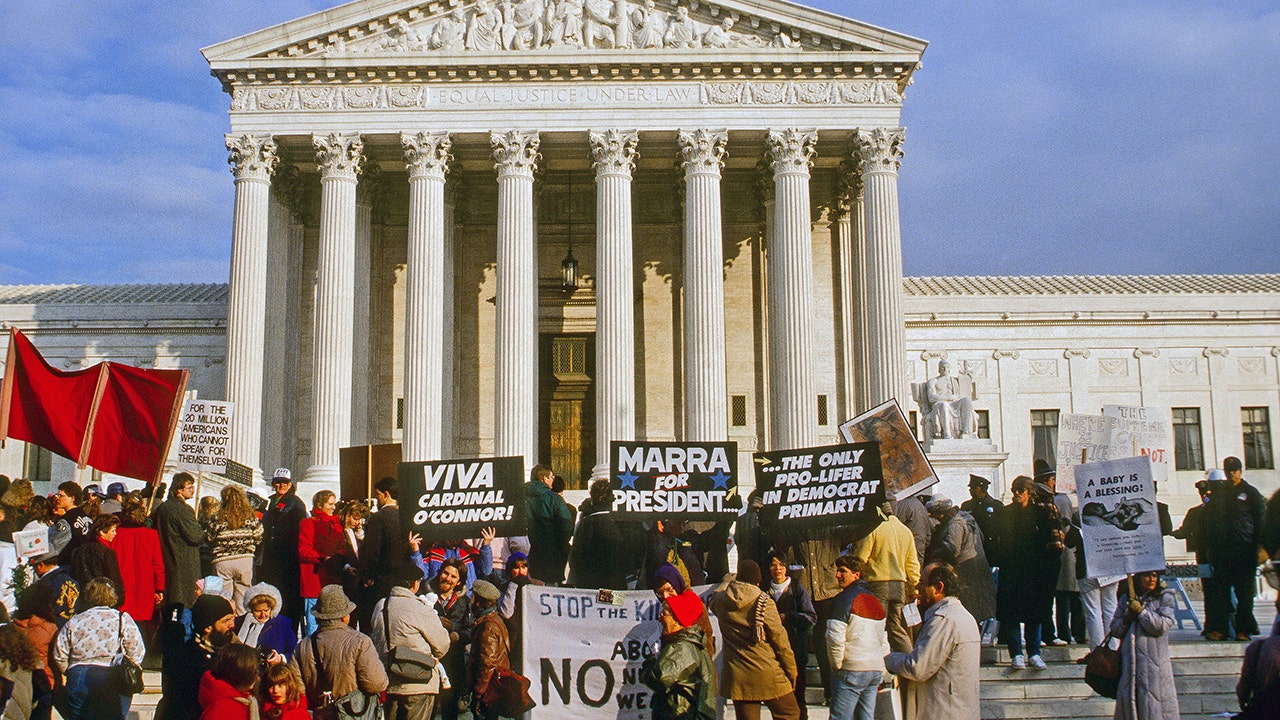 A Washington Post op-ed writer insisted Monday “adoption is not a fairy-tale answer to abortion” that pro-lifers want it to be while wishing her birth mother had had the choice to abort her.

As the Supreme Court prepares to announce their ruling in a case that could overturn Roe v. Wade, Washington D.C. lawyer Cynthia Landesberg denounced what she considered dishonest tactics from pro-life activists when discussing adoption.

“When antiabortion advocates ask abortion rights advocate adoptees, ‘Would you rather have been aborted?’ the intent is to coerce us into saying no. But for some of us, the answer is yes,” she wrote.

During the oral arguments for Dobbs v. Jackson Women’s Health Organization, Supreme Court Justice Amy Coney Barrett highlighted safe-haven laws in every state that allow women to put their babies up for adoption in place of abortion.

NBC’S TODAY.COM MARKS FATHER’S DAY WITH ABORTION ADVOCACY: ‘I WOULDN’T BE A FATHER WITHOUT ABORTION’

Landesberg, however, argued that adoptees run the risk of issues regarding “attachment, identity and the trauma of institutionalization,” as well as racism.

“In addition, transracial adoptees like myself often encounter racism and ethnic bullying, and do so without the protective insulation of ethnic socialization. Most adoptive parents are White. Transracial adoptions account for about 40 percent of all adoptions and 28 percent of adoptions from foster care. With laws restricting abortion access more likely to affect people of color, it is not difficult to imagine an increase in non-White adoptees, and thus more children grappling with crises of identity,” she wrote.

The New York Times published a similar op-ed by Democratic strategist Elizabeth Spiers in December. Spiers also attacked Barrett for suggesting that adoption was “some kind of idyllic fairy tale” while ignoring the “trauma” it inflicts.

In mid-May, a Baltimore Sun guest writer who had been adopted wrote about how she wishes her mother had the right to abort her.

MSNBC’s Tiffany Cross also suggested in May that adoption was “not always a safe” option for Black babies, who are aborted at a much higher rate than White babies.

Landesberg continued to mourn that her own birth mother wasn’t given a “choice” in her pregnancy.

“Adoption is not an answer to a problem, but a result of two choices: the choice to remain pregnant and the choice not to raise a child,” she said. “Both are choices I wish my birth mother had.”

“Perhaps if my birth mother had a real choice, I’d have been aborted, unknowingly absorbed back into the earth,” she argued. “Perhaps she would have raised me, and I’d be navigating the ordinary challenges of life without the adoption baggage.”

Pro life demonstrators stand in front of the US Supreme Court building during the annual Right To Life March, Washington DC, January 22, 1988. (Photo by Mark Reinstein/Corbis via Getty Images)

She concluded, “To those who oppose abortion, I say: Don’t hide behind stories like mine. Adoption isn’t a fairy-tale solution. And adoptees aren’t here to be the balm on your pro-life conscience.”

Lindsay Kornick is an associate editor for Fox News Digital. Story tips can be sent to lindsay.kornick@fox.com and on Twitter: @lmkornick.