Bee Nguyen wins the Democratic nomination for secretary of state in Georgia. 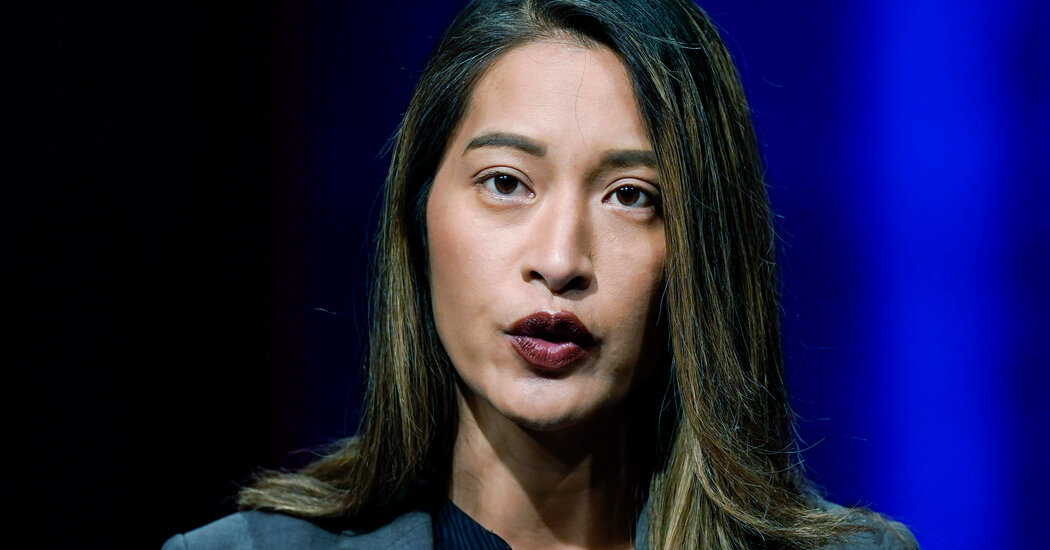 ATLANTA — Bee Nguyen, a Democratic state representative, has won the party’s nomination for Georgia secretary of state, setting up a closely watched race for an office that served as a bulwark against former President Donald J. Trump’s attempt to subvert the 2020 election.

Ms. Nguyen, a 40-year-old nonprofit executive, will face off against Georgia’s current secretary of state, Brad Raffensperger, in the November general election. Mr. Raffensperger is perhaps best known for resisting pressure from Mr. Trump to “find” enough votes to reverse Mr. Trump’s defeat in the state. Mr. Raffensperger testified on Tuesday at a hearing of the House committee investigating the Jan. 6 attack on the Capitol, telling the panel: “There were no votes to find.”

Although Mr. Raffensperger has been praised by some Democrats for standing up to Mr. Trump, he is still a top target for Georgia Democrats.

In advertisements and conversations with voters, Ms. Nguyen has argued that the Republican Party cannot be trusted to fairly oversee elections or to pass laws that would expand access to the ballot. She has noted that Mr. Raffensperger has supported his party’s efforts to tighten voting laws in Georgia in response to the false claims of fraud and irregularities.

“When our voting rights are attacked, we all lose,” Ms. Nguyen said in one ad, promising viewers that she would aim to preserve voting rights if elected.

Ms. Nguyen raised more money than any other Democrat in the primary. She currently serves in the State House seat once occupied by Stacey Abrams, the Democratic nominee for governor. She received Ms. Abrams’s endorsement, although only after she failed to garner more than 50 percent of the vote and was forced into a runoff against her top opponent, former State Representative Dee Dawkins-Haigler.