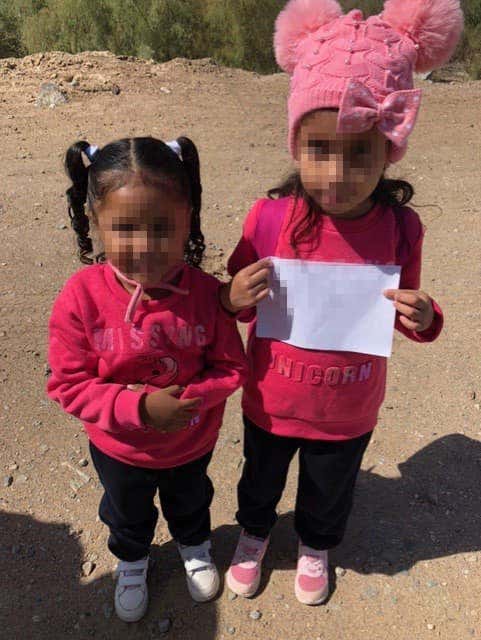 Then-candidate Joe Biden, and every other 2020 contender for the Democratic ticket, vowed to suspend all deportations for the first 100 days and try to push through a massive amnesty. That pledge, combined with disastrous immigration policies out of the Department of Homeland Security (DHS) since Biden’s inauguration, has fueled a historic and sustained border crisis. In May, U.S. Customs and Border Protection (CBP) apprehended 239,416 illegal aliens, breaking April’s then-record of 234,088, which broke March’s then-record of 222,339. By comparison, May 2019 witnessed 144,116 apprehensions and May 2021 had 180,597.

In total, five months during the Biden administration have exceeded 200,000 apprehensions, a threshold that had previously only occurred one other time in our nation’s history. What most Americans may not realize is that these numbers do not include the unaccompanied alien children (UACs) smuggled or trafficked into the country when bad actors take advantage of these open borders policies.

The exploitation of vulnerable alien children on a large scale began in 2012 after the Obama-Biden administration unlawfully created the executive amnesty for “young” illegal aliens known as Deferred Action for Childhood Arrivals (DACA). DACA enabled these illegal aliens to obtain work permits, Social Security numbers, and driver’s licenses—everything short of a path to U.S. citizenship. Even though DACA eligibility was restricted to illegal aliens already in the country by 2007 and not open to new arrivals, the cartel and trafficking networks used its very existence to convince future waves of illegal alien minors that they will benefit from the next executive amnesty.

The dramatic increase in UAC apprehensions since DACA was unveiled demonstrate this harrowing nexus. The 38,759 UAC apprehensions in fiscal year (FY) 2013, the first full FY after DACA was announced, was more than double the 15,949 UAC apprehensions in FY 2011, the first full FY before DACA. Between FY 2013 and 2016, CBP apprehended 206,962 UACs with a then-record 68,541 in FY 2014.
On June 15, 2022, President Biden and DHS secretary Alejandro Mayorkas essentially threw a 10-year anniversary party for DACA. Considering the staggering uptick in the trafficking and smuggling of UACs over the past decade, the horrific conditions these vulnerable children have been subjected to should not be grounds for celebration.

Efforts by the Trump administration to shut down this pipeline of trafficked and smuggled alien children were thwarted by a loophole in the law that prevents the prompt return of non-Mexican and non-Canadian children. This law was intended to protect trafficking victims but has had the effect of encouraging the illicit movement of alien children. Compounding the problem is the government policy of quickly releasing UACs to a “sponsor”, a fact well-known to the traffickers, smugglers, and parents already in the country. Vetting of sponsors is often incomplete, raising the prospect that UACs are handed over to an adult who will subject them to further trafficking, physical or sexual abuse, or other forms of neglect.

The Trump administration handed the incoming Biden administration the most secure border ever. Part of that legacy included significantly interrupting this child exploitation network through several successful policies, including the use of the Title 42 emergency health authority to expel all aliens apprehended at the southern border as a tool to stop the spread of COVID-19.

But, the relief for migrant children from the smuggling and trafficking networks was short-lived due to the Biden administration’s disdain for immigration enforcement. Specifically, in this context, the Biden administration refused to apply Title 42 to UACs. This decision, which the Administration doubled-down on after courts initially tried to stop it, guaranteed that every UAC apprehended at the border would be allowed into the country.

The tragic, yet predictable, consequence was that this policy reignited the pipeline to an unfathomable new level. In FY 2021, CBP apprehended 144,834 UACs at the southern border — nearly double the previous record set in FY 2019 of 76,020. As bad as those numbers are, FY 2022 will be worse by the time the calendar hits October 1 (the first day of FY 2023). Between October 2021 and May 2022, already 100,336 UACs have been apprehended. Under Biden’s watch, a total of 227,058 UACs have been apprehended at the southern border—a jaw dropping level of human suffering.

These children did not make the journey north on their own accord. While many were smuggled, either willingly or by their parents, an untold number were trafficked. All were subjected to various kinds of physical and emotional abuse along the way. This inhumane policy demonstrates the human cost of open borders. There is nothing compassionate about policies that encourage the harm to children. A federal government committed to ‘America First’ principles would not function as the equivalent of a business partner of drug cartels and traffickers.

Robert Law is Director of the Center for Homeland Security and Immigration at the America First Policy Institute and a former senior official at U.S. Citizenship and Immigration Services during the Trump administration.