Dr. Peter Hotez says he 'did a lot' to 'keep schools open' after pushing against it throughout COVID 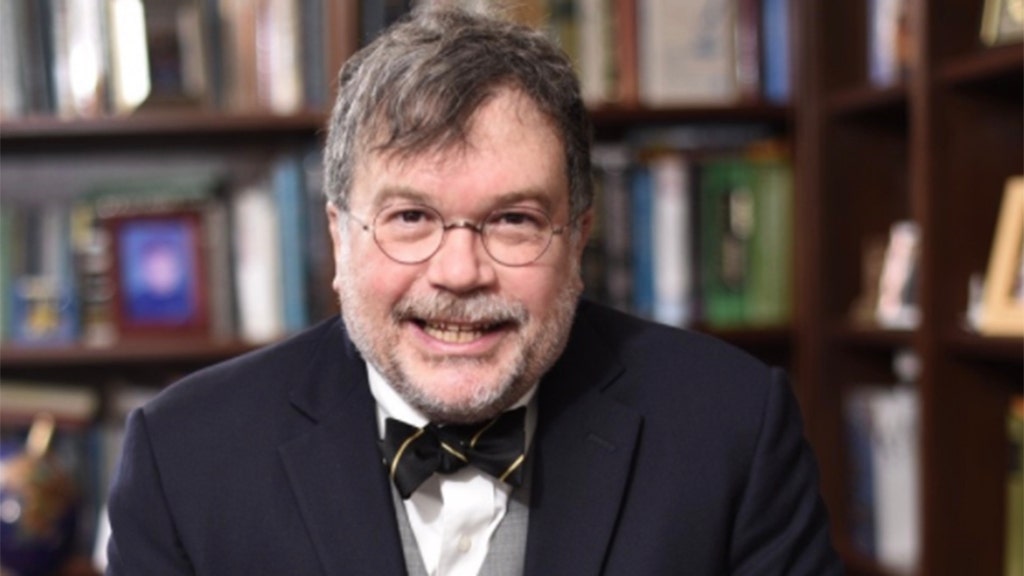 An oft-cited cable news medical guest who was critical of school re-opening efforts during the COVID-19 pandemic said he did more to keep schools open than most, triggering an avalanche of criticism from the right.

Dr. Peter Hotez, a virologist and pediatrician who serves as a professor Baylor College of Medicine, has become a familiar face to millions of Americans who watched his appearances on CNN and MSNBC to discuss coronavirus and mitigation measures against it over the past two years, and he took aim at critics on Sunday while declaring he did more for schools reopening than “the wing nuts,” a derisive term for far-right conservatives.

“I certainly did a lot more to keep schools open than the wing nuts…and never took a dime for it,” he tweeted Sunday, adding he “worked tirelessly with school teachers, principals, school board advising them on how to keep schools open safely, and also to encourage school vaccinations.”

Except Hotez had quite the opposite sentiment for much of the pandemic.

In August 2020, Hotez made at least three CNN appearances where he urged states experiencing high virus transmission should not reopen schools.

“We can’t open schools safely in these areas where there’s this accelerated virus transmission, we can’t put this on the backs of the principals and the teachers to figure it out,” Hotez said. “We need leadership with the federal government to contain this virus and then we can start thinking about safely opening up schools, but not under these circumstances.”

“So you’re saying we don’t need to open schools up at all at this point,” the CNN anchor reacted.

“That’s right,” Hotez responded. “In the areas where you’ve got lots of virus transmission, you can’t because it’s inevitable… if you try to open schools in areas where there’s accelerated transmission, teachers will get sick, bus drivers will get sick and all it’s going to take is one teacher to wind up in the hospital very sick with COVID 19 and it will destabilize the entire school district and that’s what’s going to happen. We’re setting up teachers to fail and we can’t do that.”

Hotez was also quoted in Aug. 2020 as saying didn’t “see how you can open up school safely” for a report about a Houston-area school district returning to in-person learning, months before vaccinations were widely available. He wrote in February 2021 he was a “huge proponent of opening schools ASAP” but wanted to start with vaccinating teachers and staff.

In August 2021, with three widely-available COVID vaccines but as the Delta wave surged across the country, Hotez discouraged the return of in-person learning as schools were set to reopen for the year.

“Everybody stamped their feet and said we have to do in-person classes. And I get that… but the problem is everybody stamped their feet and demanded in-person classes, but nobody wanted to roll up their sleeves and do the hard work and put the policies in place in southern states to make it happen,” Hotez told CNN’s Don Lemon. “It meant mandating masks, it meant mandating vaccines for everybody 12 and up, and nobody wanted to step forward and do the hard work. And now I worry when schools open with this raging epidemic- I mean, this is a screaming high level of transmission among the highest we’ve ever seen, and you open up schools without masks, without vaccines and tell me what’s going to go well here.”

Hotez, who has also appeared on Fox News, has also been sharply critical of Republicans and conservatives for pushing back against scientific figures like him and Dr. Anthony Fauci, telling MSNBC in February it was a “tough time to be a scientist.” He also tweeted Sunday that the “assault on American scientists will be really rough” if Republicans take back Congress in November.

Virologist and pediatrician Dr. Peter Hotez was a frequent guest on CNN and MSNBC throughout the COVID pandemic.
(Screenshot)

Yet while the COVID-19 pandemic has touched every aspect of American life, its mortal threat to people under the age of 17 has always been extremely low. That age group makes up about 22.3 percent of the population but has accounted for about 0.1 percent of all COVID-19 deaths, according to the Centers for Disease Control and Prevention. About three-quarters of COVID-19 deaths have been among those aged 65 and older.

School closings during the pandemic have widely been revealed to be harmful for students, particularly poorer and minority ones. Those who were forced into remote schooling learned far less than their counterparts who had in-person learning and fell drastically behind in critical subjects like math and reading. Prolonged school closings were also accompanied by a surge in anxiety, suicide attempts, and other examples of mental distress for younger people.

The New York Times’ David Leonhardt outlined the failings of remote learning in a newsletter in May, noting that high-poverty schools were likelier to stay closed due to having unionized teachers, and lower-income students fared worse than higher-income ones for factors like being less likely to have parents to help at home or reliable internet access.

“Together, these factors mean that school closures were what economists call a regressive policy, widening inequality by doing the most harm to groups that were already vulnerable,” he wrote.

He cited Emily Oster’s October 2020 piece in The Atlantic saying schools were not “superspreaders,” where the Brown University economist wrote “preliminary data haven’t shown big community spikes as a result of school openings.”

“Were many of these problems avoidable?” Leonhardt added. “The evidence suggests that they were. Extended school closures appear to have done much more harm than good, and many school administrators probably could have recognized as much by the fall of 2020. In places where schools reopened that summer and fall, the spread of Covid was not noticeably worse than in places where schools remained closed. Schools also reopened in parts of Europe without seeming to spark outbreaks.”

Many schools across the country shutdown in the early days of the pandemic.
(iStock)

“It astonishes me that intelligent, well-respected individuals in the scientific community continued to ignore basic concepts with growing evidence of harm to children in pursuit of Zero Covid, a fictitious phenomenon,” she said.

Representatives for Hotez did not immediately respond to Fox News’ request for comment.