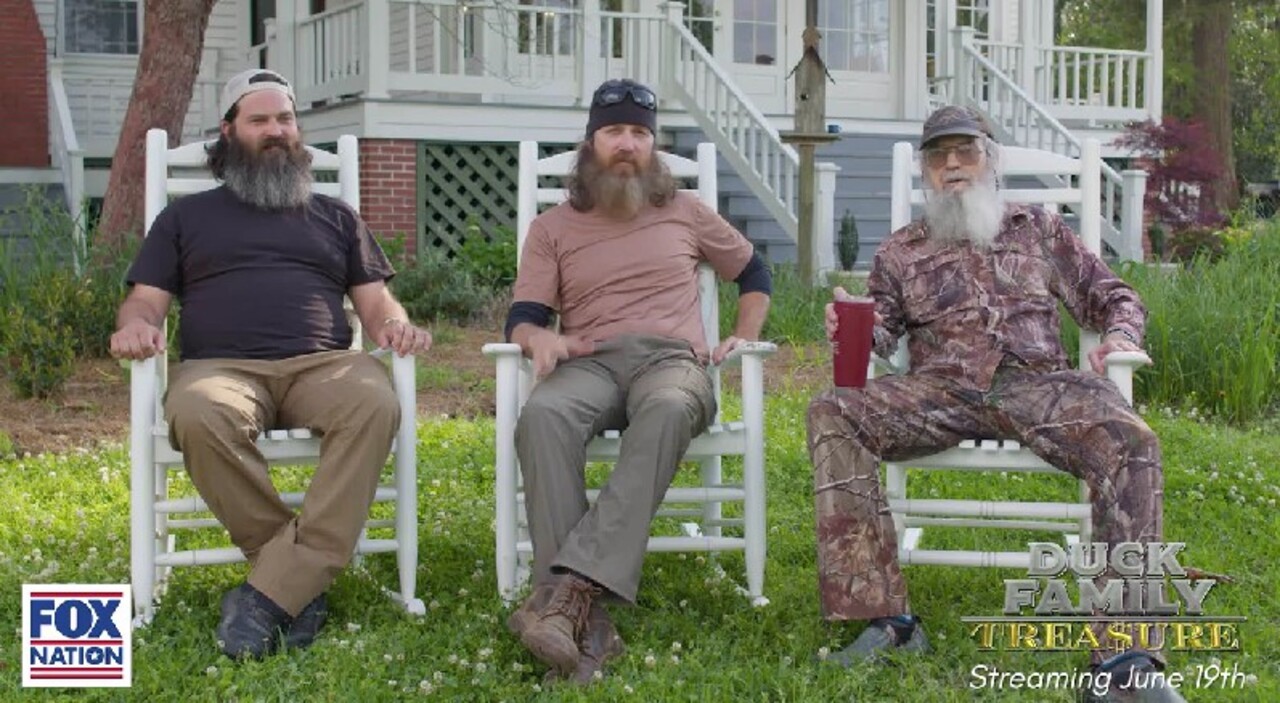 After an extended on-air break, the beloved Robertson clan returned to the airwaves Sunday with the debut of “Duck Family Treasure,” bringing the popular “Duck Dynasty” cast’s latest obsession to Fox Nation subscribers and channel viewers in the unscripted hilarious new series.

“It’s good to be back,” Jase said in the pilot episode that aired on Fox News Channel Sunday night. “We have a lot of people that supported us, and they liked watching us… the crowd spoke and we said, okay, let’s do it.”

Jase and Jep Robertson said they were inspired to create the new show exploring the art of excavation after reading a Bible verse that referenced hidden treasure. The series follows their journey as set out to discover precious treasures, rare artifacts, and hidden gems with the help of their Uncle Si and expert treasure hunter Murry Crowe.

“I actually did get the idea from reading my Bible because there’s a lot in the bible about finding treasure, and it causing great joy,” Jase said, “and I thought if it’s in the Bible, and it’s talking about having fun, I need to try this and guess what, it was right.”

To prepare for the series, the brothers took a crash course in metal detecting, but that did little to prepare Jep for their first day of treasure hunting, Jase said, poking fun at his brother for struggling to pick up their new hobby at first.

“The best story about Jep treasure hunting is the first story,” he recalled. “He showed up, he had no gear, he had sandals on. I let him borrow my boots ‘cuz that’s the only other pair of shoes that we had. And I said ‘hold the metal detector away from you when you’re looking’ because they were steel-toe boots. He spent the first two hours of the hunt, digging up his own feet.”

Shortly into their hunt, the brothers discovered a half dime from 1857, and a seated Liberty half dollar from 1877. Jase also found a vintage tag from Dr. Bell’s Pine-Tar-Honey, which was used as a holistic approach to treat various medical ailments in the late 1800s, he learned.

“Finds like this may not be worth hundreds of dollars like the coins I found, but what you’re getting is a window into life 150 years ago, and you’re it holding your hand,” Jase told viewers. “It’s not a cannon filled with gold, but we love it.”

Each episode will feature the Robertson family as they continue their journey unearthing more artifacts and hidden treasures. Throughout their series, the Robertsons will also showcase the people, places, and lessons they encounter along the way. Missy and Jessica Robertson, Jase and Jep’s wives, and other members of the Robertson family also make an appearance on the show.

Fox Nation programs are viewable on-demand and from your mobile device app, but only for Fox Nation subscribers. Go to Fox Nation to start a free trial and watch the extensive library from your favorite Fox News personalities!

Yael Halon is a reporter for Fox News Digital. Story tips can be sent to yael.halon@fox.com.