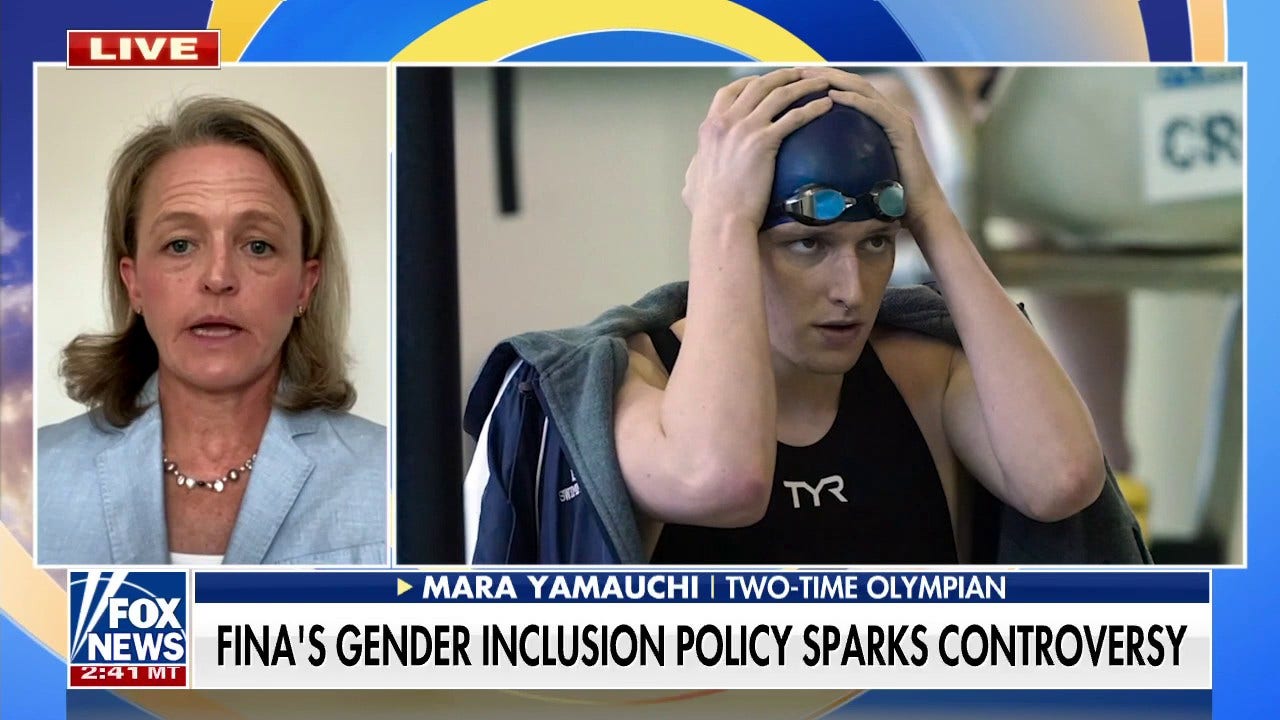 “They’ve (FINA) upheld and enforced fairness for female swimmers and female athletes in the other sports, which we know covers diving, water polo, etc. and I welcome this decision,” she said, referring to the International Swimming Federation.

A logo of the is the international governing body of swimming, diving, water polo, synchronized swimming and open water swimming, FINA is displayed during the FINA World Championships in Rome on July 25, 2009.
(MARTIN BUREAU/AFP via Getty Images)

FINA faced backlash over the new “gender inclusion policy” that was approved Sunday setting the standard for transgender athletes’ participation in the sport.

The “gender inclusion policy” will only permit swimmers who transitioned before the age of 12 to compete in women’s events. FINA members voted 71.5% in favor of the new policies. There was also a proposal for a new “open competition policy.” The organization said it was setting up “a new working group that will spend the next six months looking at the most effective ways to set up this new category.”

In the 24-page policy released Sunday, FINA spelled out how transgender men and women will be allowed to compete under the new rules.

The British former marathoner applauded the decision and said it is “unfair” for biological males to compete against females after Lia Thomas stirred controversy by dominating female NCAA competitions.

Yamauchi emphasized that sports are for everyone and transgender athletes should still be allowed to compete.

“I think a separate open category is a very good solution. Trans people must and should be welcomed in sports. Sport is excellent for everybody. It’s really good for our mental and physical health. Nobody is banning trans people from sport at all. This is a question of categories. So I think FINA’s suggestion to have an open category is good. Whether or not trans women will want to compete in that is yet to be seen.”

Elizabeth Heckman is a digital production assistant with Fox News.