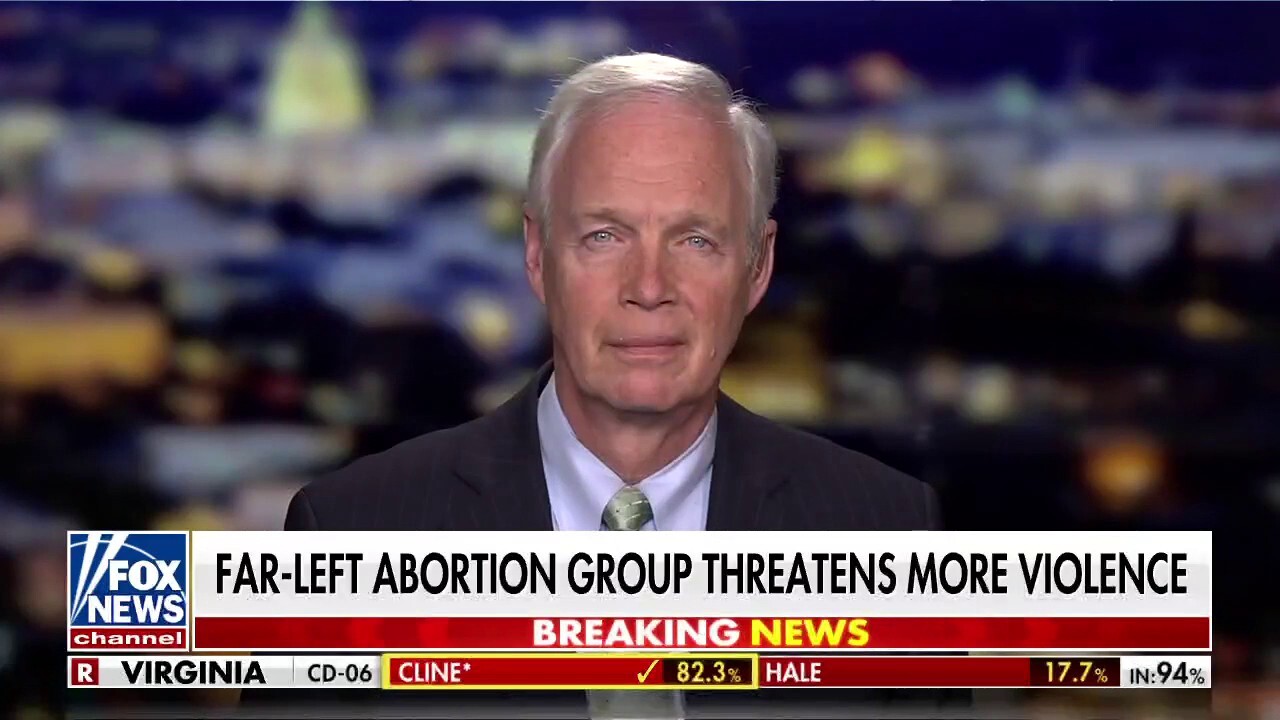 Republican Sen. Ron Johnson joined ‘Hannity’ to discuss the continued protests outside of Supreme Court justices’ homes ahead of an abortion ruling that could overturn Roe v. Wade.

RON JOHNSON: Sean, it is outrageous, that you don’t have the Biden administration condemning this intimidation, you don’t have Democrats speaking out against it. If you remember, Chuck Schumer on the steps of the Supreme Court threatening Justices Gorsuch and Kavanaugh saying you unleash the whirl wind, you will pay the price, you won’t know what hit you. Turn the tables can you imagine if a Republican congressional leader issued those words, that threat against a liberal justice? First of all that Republican Congress person would not be in Congress. They would have to resign in shame, and they certainly wouldn’t have been elected majority leader of the Senate like Democrat senators elected Chuck Schumer. It’s outrageous that Democrats don’t condemn this threat in violence, the real violence, we had one of our family action groups firebombed in Madison. Finally, the FBI is starting to investigate this, but this is way too little way too late.

Democrats just won’t condemn the protests, which will probably turn to riots and violence. They didn’t do it during the summer of 2020 when you had over 2,000 law enforcement officers injured, two billion in damage, they didn’t condemn that they just concentrate on January 6th and what shows that committee to be a total sham is nobody’s asking the questions they should be asking, why wasn’t the Capitol prepared, why wasn’t it better protected and who’s responsible for the lack of preparations and security.