Indoor Farming Is a ‘No-Brainer.’ Except for the Carbon Footprint. 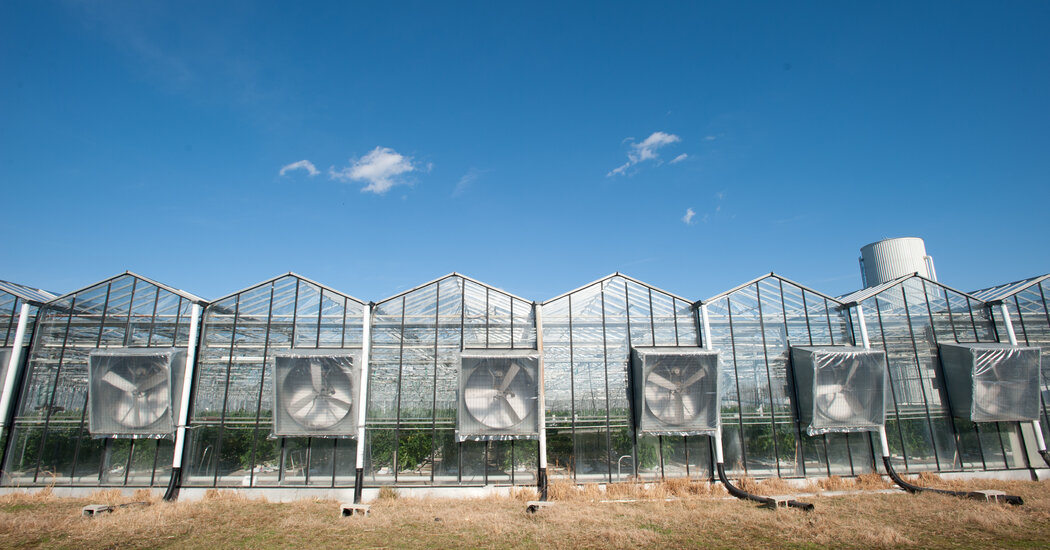 Feeding the planet already accounts for roughly one-quarter of all greenhouse gas emissions. Animal protein, in particular beef and dairy cattle production, has a more consequential carbon footprint than vegetable farming. Nevertheless, in a rapidly warming world, should we be increasing agriculture’s contribution by moving some of it indoors?

Opinion Conversation
The climate, and the world, are changing. What challenges will the future bring, and how should we respond to them?

We have little choice, say proponents. With the global population expected to grow by 25 percent to nearly 10 billion people by 2050, food production will need to increase by 60 percent to 100 percent. With fresh water supplies and arable land dwindling, and droughts exacerbated by climate change threatening to turn California’s fertile heartland into barren desert, where will this additional food come from?

For the first time in the 10,000-year history of agriculture, societies don’t need to be blessed with fertile soil and favorable weather to farm. Already, greenhouses have helped turn tiny, soggy Holland, a county with a land mass just two-thirds the size of West Virginia, into the world’s second-largest agricultural exporter by value, sending $10.7 billion in tomatoes, cucumbers and bell peppers annually to its neighbors, including Germany, Belgium and Britain. Arid Egypt has dedicated thousands of acres to new greenhouses to grow a variety of vegetables.

Jonathan Webb, the 37-year-old chief executive of AppHarvest, a start-up that recently built a 60-acre controlled environment greenhouse in the heart of Appalachian Kentucky, told Yahoo Finance last month that “20, 30 years from now, you’re going to be growing most fruits and vegetables at scale globally in a controlled environment.” AppHarvest raised $475 million from venture capitalists and other investors before going public last year with an initial valuation of $1 billion. This, mind you, is a company that sells tomatoes.

Neil Mattson, who leads Cornell University’s controlled environment agriculture research group, believes that, at least when it comes to the most perishable vegetables, such as tomatoes and greens, greenhouses are the future, even with their climate problem.