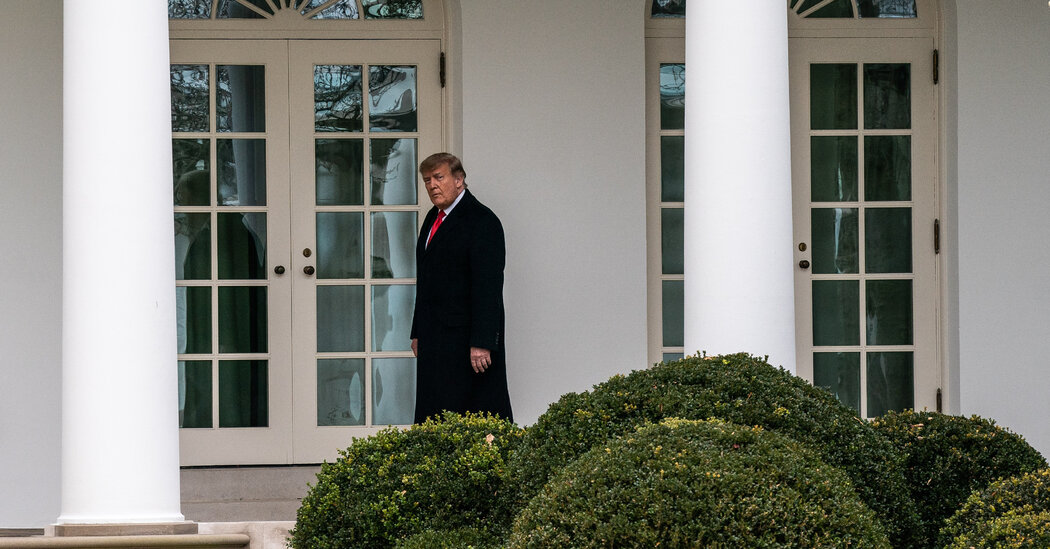 Even as the Jan. 6 committee holds its fourth public hearing concerning the attack on the Capitol, it has continued to investigate the events surrounding the assault, recently issuing a subpoena to a British filmmaker for footage taken inside the White House as it was unfolding.

In a statement on Twitter on Tuesday, the filmmaker, Alex Holder, said that he had complied with the committee’s request for the footage. It was taken in connection with a three-part series titled “Unprecedented,” which focuses on the final weeks of President Donald J. Trump’s re-election campaign, culminating in the storming of the Capitol. Mr. Holder said in his statement that he would also be deposed by the committee’s staff on Thursday.

While it remains unclear exactly what Mr. Holder’s footage and testimony might reveal, he interviewed Mr. Trump three times, including once at the former president’s Florida residence, Mar-a-Lago, directly after the Jan. 6 attack, according to a person familiar with conversations between the filmmaker and the committee.

In his statement, Mr. Holder said he had “unparalleled access” to — and conducted “exclusive interviews” with — former Vice President Mike Pence and members of Mr. Trump’s family, including his two adult sons, Donald Jr. and Eric; his daughter Ivanka; and her husband, Jared Kushner.

“As a British filmmaker I had no agenda coming into this,” Mr. Holder said of his project. “We simply wanted to better understand who the Trumps were and what motivated them to hold onto power so desperately.”

If Mr. Holder’s description of the footage proves accurate, it could be useful next week, when the committee is expected to hold another hearing about Mr. Trump’s real-time response to the Capitol attack. Committee officials have said that the hearing is likely to focus on Mr. Trump’s extended delay in issuing a public call to his supporters in the mob to leave the Capitol grounds.

Mr. Holder is not the only filmmaker to have had footage subpoenaed by the committee.

Nick Quested, another documentarian, provided the committee with hours of footage he took of the far-right group the Proud Boys on Jan. 6 and at earlier pro-Trump rallies in Washington. Mr. Quested also appeared as a witness at the committee’s first hearing this month, describing the Proud Boys’ movements on the ground during the Capitol attack.