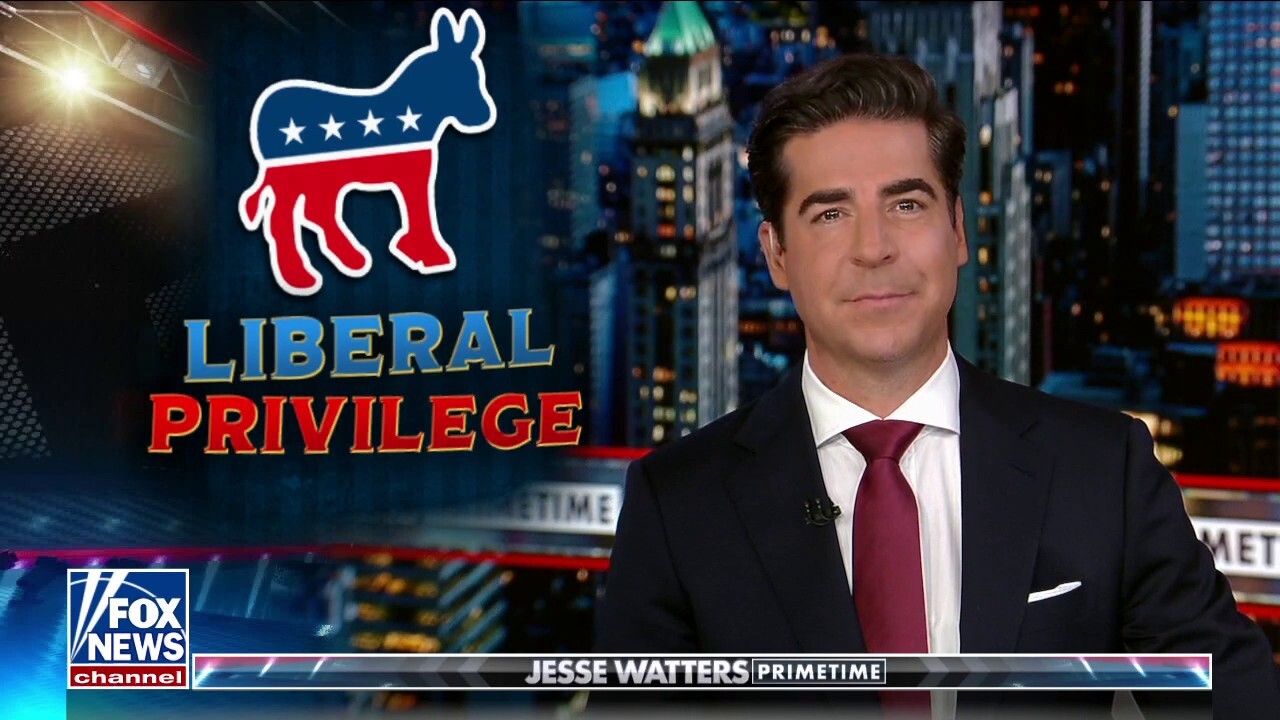 Jesse Watters explained the liberal privilege that enabled television host Stephen Colbert to get away with inciting an insurrection in Tuesday’s opening monologue of “Jesse Watters Primetime.”

JESSE WATTERS: Imagine what would happen if “Jesse Watters Primetime” sent producers to Capitol Hill to harass the Democrats. Say I sent my assistant Johnny to bang on Nancy Pelosi’s door or scream at AOC while she’s recording a TikTok video. Johnny is completely unleashed without any supervision, just terrorizing every liberal who gets in his way. He may even have a puppet that he’s foisting in people’s faces. I think that’s the last time we’d ever see Johnny alive… The outrage from the Democrats and the media would be humongous. They’d throw Johnny in solitary, probably shackle him… His tanned face would be plastered all over CNN and MSNBC. They’d doxx his family… Meanwhile, poor Johnny’s sleeping on a cold, concrete floor.

They’d deliver one meal a day through that tiny little slot, and worst of all, there’s no one on the inside to steam his shirts. Johnny would never survive under these conditions. But the media and the Left would be perfectly fine with Johnny behind bars. In fact, they’d probably celebrate it as a victory for democracy. You see, Johnny does not have liberal privilege, so he’s got to watch his back. He can’t just stage a comedy coup and get away with it. Only Democrats are allowed to do that. Like Stephen Colbert and his dog-faced puppet soldier Triumph. Colbert essentially incited an insurrection last week.

WATCH HIS FULL COMMENTS BELOW: