Karine Jean-Pierre mocked for ‘Freudian slip:’ Started to say Biden will ‘elevate’ pain at the pump 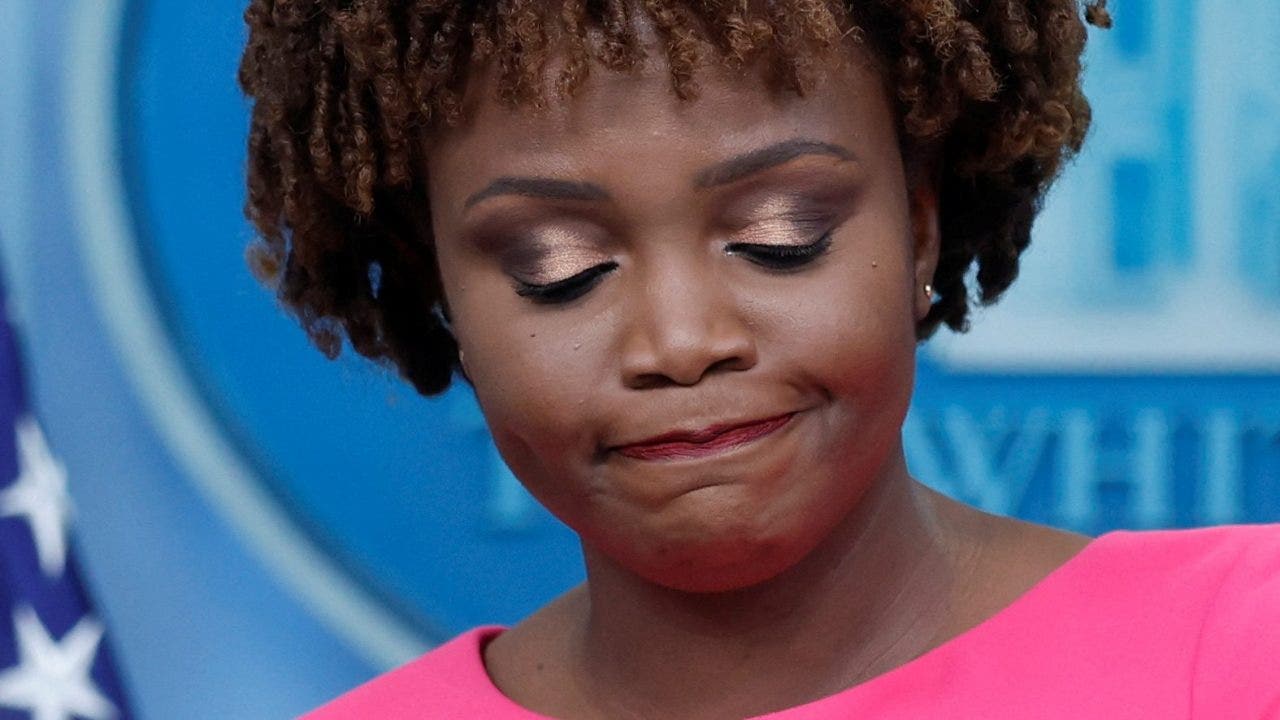 White House press secretary Karine Jean-Pierre struggled to provide a coherent answer on how President Joe Biden will address skyrocketing gas prices during a press briefing Tuesday and started to say the president is trying to “elevate” Americans’ pain.

Jean-Pierre made a verbal error that American citizens may find painfully funny: “The president has been very clear in making sure that he does everything that he can to elevate—to alleviate the pain that American families are feeling when it comes to gas prices.”

Her gaffe was quickly picked up and roasted by various commentators.

Sen. Ted Cruz, R-Texas, quipped that the gaffe was a “Freudian slip from the Biden admin.”

Arizona Republican Party Chairwoman Dr. Kelli Ward commented that Jean-Pierre had “got it right the first time” by saying Biden is elevating the pain.

WAPO COLUMNIST TELLS AMERICANS NOT TO CAST VOTES BASED ON HIGH GAS PRICES: ‘NEITHER PARTY HAS A SERIOUS PLAN’

Elsewhere in the press briefing, Jean-Pierre continued to offer vague assurances that America is not entering an economic recession, even as Americans face very real economic problems on a daily basis.

She denied flatly that America is in any form of a recession, but said the “focus” instead should be on our “stable” future: “Right now we don’t see a recession. Right now, that is, we’re not in a recession right now. Right now we’re in a transition where … we are going to a place of stable and steady growth and that’s going to be our focus.”

A Ukrainian tank drives next to a destroyed Russian vehicle in the Kharkiv region on April 14.
(REUTERS/Alkis Konstantinidis)

Earlier in June, she called upon oil companies to provide gasoline at more affordable prices as a matter of “patriotic duty,” appearing to shift some blame for the gas crisis from Russia towards the gas industry itself: “We know where to put the blame on the war, but oil companies, they have refineries, they have responsibility, too. What they have been doing is taking advantage of the war.”

She added further that “we are calling on them to do the right thing, to be patriots here and not to use the war as an excuse or as a reason to not put out production, to not do the capacity that is needed out there.”

Fuel prices at a Chevron gas station in Menlo Park, California, US, on Thursday, June 9, 2022. Stratospheric Fuel prices have broken records for at least seven days with the average cost of fuel per gallon hitting $4.96 as of June 8, according to the American Automobile Association.
(Photographer: David Paul Morris/Bloomberg via Getty Images)

Biden himself recently issued controversial messaging on the topic of rising gas prices, suggesting “we’re going through an incredible transition” and pitching the bold claim that “we’ll be stronger and the world will be stronger and less reliant on fossil fuels when this is over.”