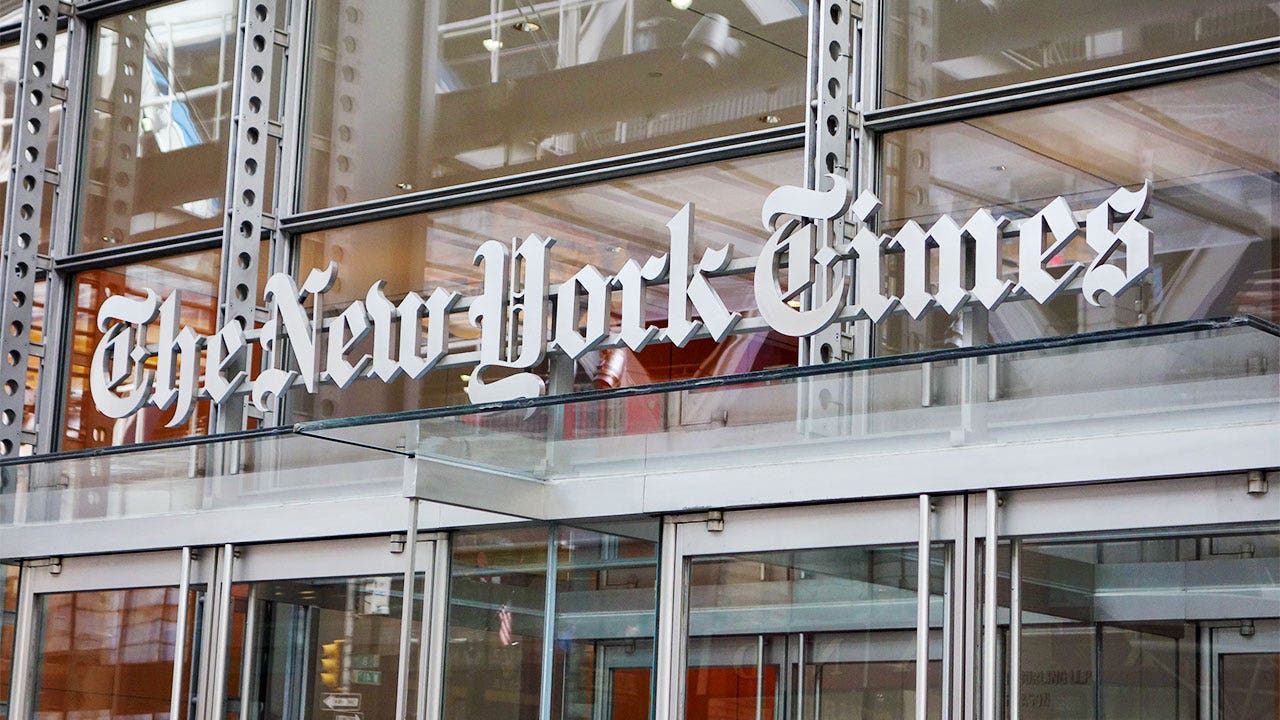 The New York Times ignored the indictment last week of the man who came to Supreme Court Justice Brett Kavanaugh’s home with plans to kill him earlier, continuing a trend of the newspaper giving short shrift to the story.

According to a search of the Times’ website, the only mentions of 26-year-old Nicholas James Roske have been the day of his arrest, and a story the following day about a stalled bill to ramp up security for Supreme Court justices.

A federal grand jury indicted Roske on a charge of attempting to assassinate a U.S. judge on Wednesday. He arrived at Kavanaugh’s home in Chevy Chase, Md., in the early morning hours of June 8, armed with a gun, ammo, zip ties, knife and pepper spray, with designs on assassinating the conservative justice and then killing himself. He told authorities he was motivated in part by Kavanaugh’s potentially consequential leanings on abortion and gun control, two of the most pressing issues before the Supreme Court.

The indictment shed light on how heavily armed the would-be assailant was; he texted his sister after seeing marshals outside Kavanaugh’s home, who helped convince him to dial 911, where he told the dispatcher he was in mental distress and confessed his aborted plot.

KAVANAUGH NEIGHBORS QUESTION MEDIA’S MUTED RESPONSE TO THREAD ON HIS LIFE: ‘I THOUGHT IT WAS PRETTY MINIMAL’

“The indictment includes a forfeiture allegation seeking the forfeiture of a firearm, two magazines loaded with 10 rounds each of 9mm ammunition; 17 rounds of ammunition contained in a plastic bag, a black speed loader, and additional items allegedly intended to be used in the commission of the crime,” according to a Justice Department release.

“If convicted, Roske faces a maximum sentence of life in federal prison for attempting to assassinate a Justice of the United States.  Actual sentences for federal crimes are typically less than the maximum penalties.  A federal district court judge will determine any sentence after taking into account the U.S. Sentencing Guidelines and other statutory factors.”

Freelance journalist Jeryl Bier, who has criticized the Times on Twitter for its lack of Kavanaugh coverage, pointed out that on the same day as Roske’s indictment, the Gray Lady published a report on the conviction of a Capitol rioter from Delaware for obstructing the certification of the 2020 presidential vote.

Part of the omissions may be due to no one being harmed, but critics have cried foul at the lack of attention paid to the story regardless. Bier called its treatment of the story “inexplicable.”

“If it had not been for increased security at the justices’ houses due to protests at their homes, this guy may have indeed come a lot closer than he did to making a serious attempt on Kavanaugh’s life,” he told Fox News Digital. “To use that as an excuse to completely ignore his indictment for attempted murder is ridiculous.”

Other than two other stories on June 14 and June 16 that passively mentioned the threat to Kavanaugh without naming Roske, the Times’ news side has not provided other coverage of the story since June 9. Conservative New York Times columnist Ross Douthat, and columnists Bret Stephens and Gail Collins, have also discussed the story.

The role of sharp political rhetoric as a form of incitement and the coarsening of American political culture have both been discussed at length in the Trump era, but conservatives don’t see it cutting both ways in media coverage.

“All of us, journalists included, have biases and reflexes we need to be aware of that impact what we think should be news and what we are inclined to downplay or ignore. As the newspaper of record, the Times has an obligation to examine its own biases and stop exercising its bias of omission to try to control what that public learns,” Bier said.

The Times had already come under fire for not even putting the threat on its front page the day after the attack, instead sticking it on A20 with a teaser at the bottom of A1.

“For the New York Times, the so-called paper of record, whose motto is all the news that’s fit to print, to put a story about Justice Kavanaugh’s attempted assassination on A20 and have a little footnote on the home page is journalistic malpractice,” conservative NewsBusters managing editor Curtis Houck told Fox last week.

Progressive late-night host Bill Maher, who often takes shots at his side of the aisle, said June 10 it would have been the “front page” if a right-winger had come close to murdering a liberal justice.

“And that’s what’s so disappointing about a paper like The New York Times because they just wear their bias on their sleeves, and if it’s not part of something that feeds our narrative, f— it, we bury it,” Maher said.

Some of Kavanaugh’s fellow residents of Chevy Chase, an upscale suburb that borders Washington, D.C., told Fox News Digital last week that they were surprised by the lack of coverage of the threat in the press, and they expressed consternation over the continued drumbeat of liberal protests near the justice’s– and their own – homes. One saw a link between the casual acceptance in the press of such protests and the frightening threat to Kavanaugh.

“We don’t really know what’s going to happen. What happens if they get the wrong house, and it’s one of the neighbors? And so then what happens then? And then that’s also very scary, because we don’t want these suspicious people in our neighborhoods,” one of Kavanaugh’s neighbors told Fox News Digital.

The New York Times did not respond to a request for comment.