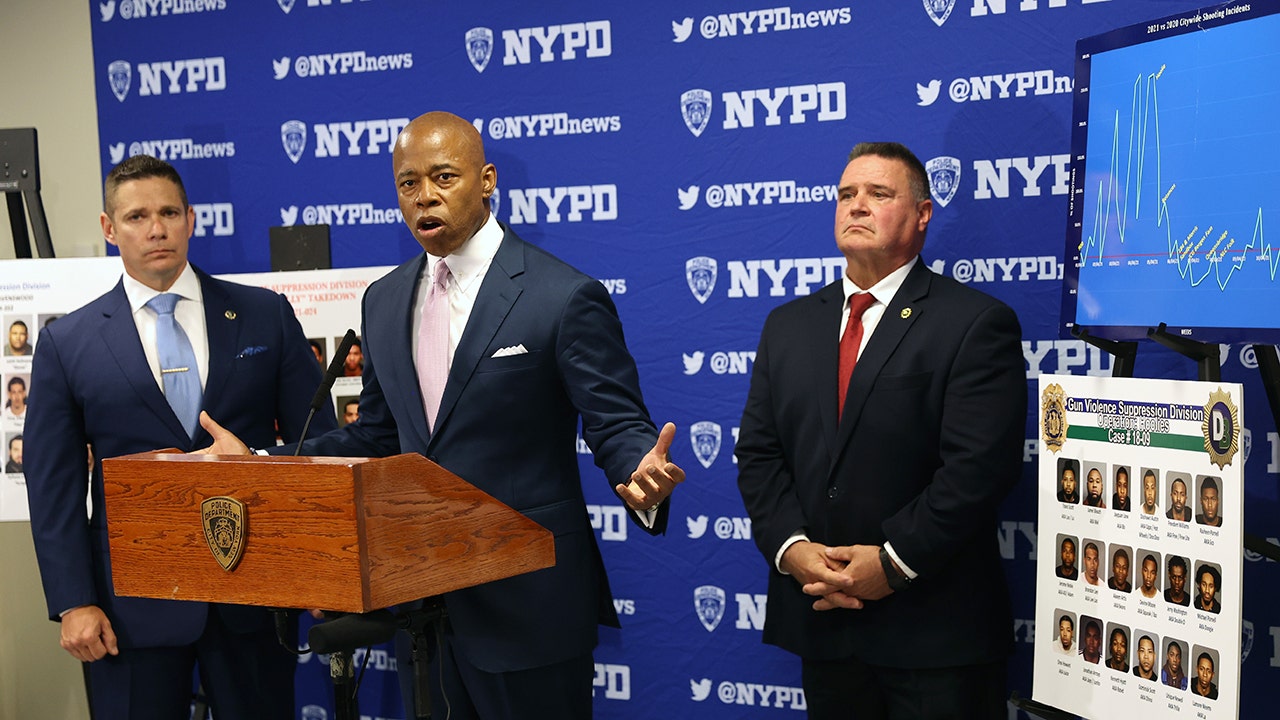 The article, titled “Is Eric Adams All Talk?”, contends that while Adams promised during the campaign to make the city safer, he actually has not done much to reduce crime. Louis slammed Adams for “blaming the media” for over-blowing the crisis despite making it a key campaign issue himself last year.

“The mayor, who spent months insisting that more people needed to join him in recognizing the peril posed by rising street violence, is now blaming the media for creating a false impression of the level of danger in the city,” he wrote.

FILE — New York Mayor Eric Adams speaks during a candlelight vigil in honor of Michelle Alyssa Go, a victim of a subway attack, in New York’s Times Square, Jan. 18, 2022.  Police said the man accused of fatally shoving her was homeless and had a history of “emotionally disturbed encounters.”
((AP Photo/Yuki Iwamura, File))

Louis noted that “rents are rising along with crime, and it’s not clear whether Adams has the wherewithal to address such concerns.”

“Six months in, the mayor is facing questions about what, exactly, he’s doing to fix New York,” he wrote.

“A recent NY1–Siena College poll found that 56 percent of New Yorkers thought the city was heading in the wrong direction,” he wrote. “The 7 percent who described Adams as doing an excellent job were far outweighed by the 29 percent who called his performance poor.”

Louis also noted the constraints of the job of New York City mayor. “Adams, like any New York mayor, is automatically a potent player in the game of municipal power, but he does not necessarily hold the strongest hand. Adams can plead and persuade, bluff and bluster — a little swagger goes a long way — but ultimately he has to win over a wide range of allies and opponents, not all of whom are overly impressed by the fact that he’s the mayor.”

“And he has to convince New Yorkers that his various plans for public safety and the economy are working,” he continued.

NEW YORK, NEW YORK – JUNE 06: New York Mayor Eric Adams is joined by NYPD Deputy Chief Jason Savino (left) and NYPD Chief of Detectives James Essig at a Brooklyn police facility where it was announced that arrests have been made against violent street gangs on June 06, 2022 in New York City. .
((Photo by Spencer Platt/Getty Images))

Despite criticizing Adams for his failure thus far to reduce violent crimes, the writer praised his “personal style” and compared him to former NYC Mayor Ed Koch, who served in office from the late 1970s to late 1980s.

“Ed Koch, whom Adams has referred to as a model, famously punched above his weight as mayor. In the early years following the fiscal crisis of the 1970s, Koch used a brash personal style to suggest he was fully in charge of the city, at one point pronouncing himself the ‘Mayatollah’,” Louis wrote.

“Adams is trying to re-create Koch’s conjuring trick of wielding his personal style like a weapon,” he noted.

Despite this, Louis argues that “so far the numbers are damning, especially on Adams’s signature issue of public safety.”

“Seventy-six percent of those polled said they are very concerned or somewhat concerned about becoming victims of violent crime, and only 5 percent said the mayor is doing an excellent job on the issue, compared with 45 percent who rated his performance as poor.”

Violent crime is surging in New York City. The piece noted that “Adams has proposed to double the number of cops patrolling subways, a strategy he calls ‘omnipresence,’ which is intended to make passengers feel safe and discourage criminals from using the system.”

Joe Silverstein is a production assistant for Fox News Digital.