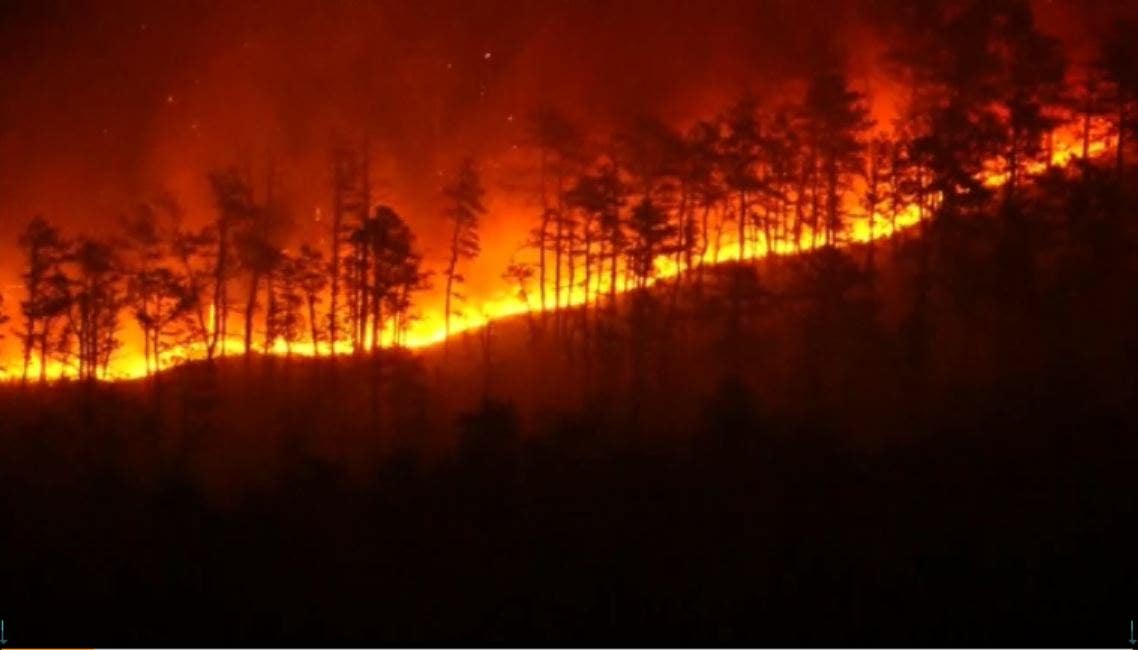 New Jersey firefighters are battling a massive wildfire at Wharton State Forest that has spread to at least 7,200 acres and was threatening at least 18 structures as of Monday morning.

Crews were working to contain the fire, which has burned parts of the forest located in Washington, Shamong, Hammonton and Mullica Townships, the New Jersey Forest Fire Service said.

As of Monday morning, the agency said that the fire was 45% contained.

Backfiring operations will take place throughout the day to help with the containment, forest fire officials said. Crews also put structure protection in place as the spreading fire threatens at least 18 structures in the area.

Officials said no injuries have been reported so far.

As firefighters work to contain the raging wildfire, officials announced the closures of multiple roads and hiking trails until further notice.

Officials reminded the public not to fly drones in the fire zones because it would disrupt the ability of fire crews to fly in the area.