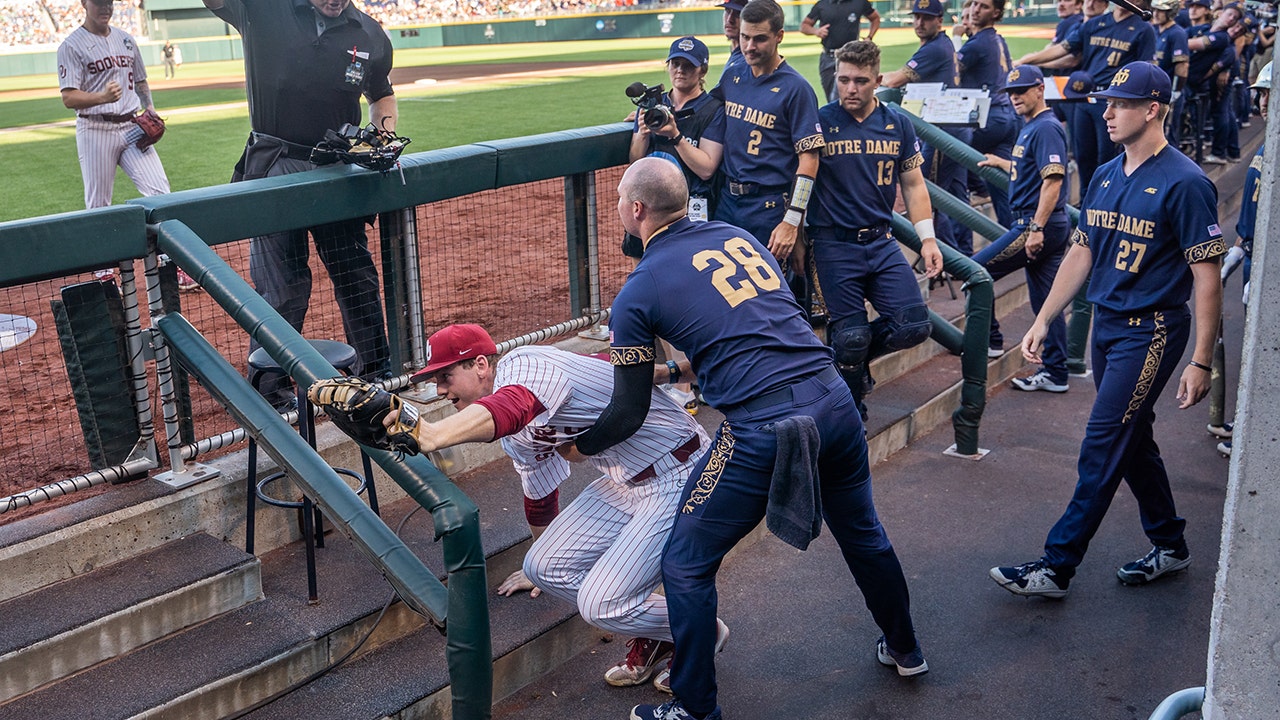 Oklahoma has made valiant defensive efforts on the field during the College World Series, Super Regionals and Regionals this year and Sunday was no exception.

Blake Robertson may have made the play of the tournament – which was somehow better than Kendall Pettis’ amazing grabs in the Super Regionals against Virginia Tech.

In the top of the first against Notre Dame, outfielder Ryan Cole fouled off a pitch toward the first-base foul line. Robertson, a first baseman, tracked the ball and ran as fast as he could toward it. He then caught the ball for the out and flipped headfirst over the Fighting Irish’s dugout railing.

Robertson finished 0-for-4 at the plate, but the Sooners were still able to win the game 6-2.

Tanner Treadway had three hits, drove in two runs and scored twice for the Sooners in the win.

“I really like to keep things simple,” he said after the game. “I get in patterns like this where I can go on a long stretch and do pretty well. I try not to get out of my zone. I think the two-strike approach has been really good for me the last couple weeks. I’m trying to hit good pitches and do my thing and be on time.”

Oklahoma will play the winner of an elimination game between Texas A&M and Notre Dame on Tuesday.

The Associated Press contributed to this report.