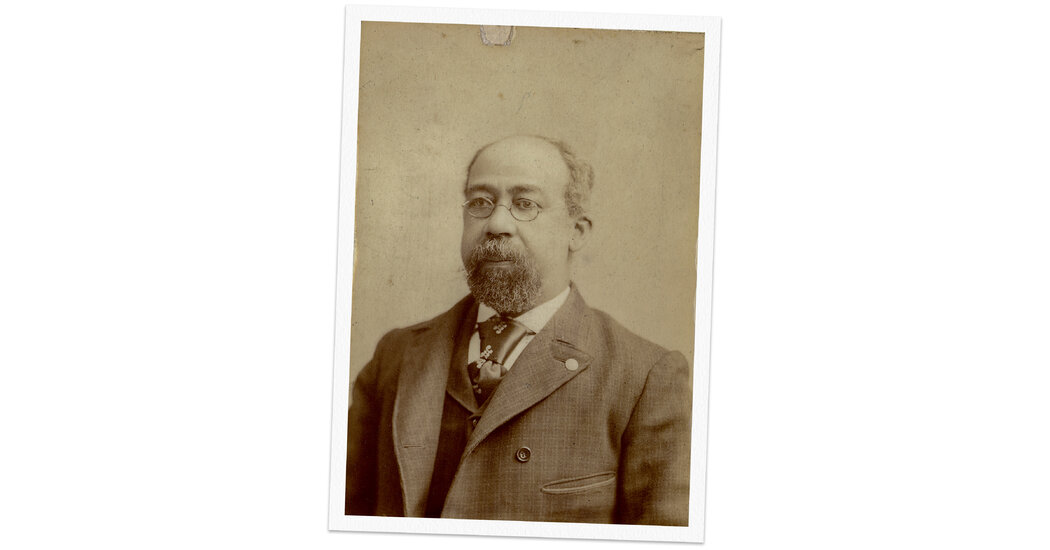 This article is part of Overlooked, a series of obituaries about remarkable people whose deaths, beginning in 1851, went unreported in The Times.

On the night of Sept. 21, 1862, eight men slipped through the streets of downtown Wilmington, N.C. It was raining and humid, uncomfortable enough to keep residents, who might raise an alarm, off the street.

Reaching the docks along the Cape Fear River, the men commandeered a small sailboat. They kept the sail stowed to reduce the risk of being seen, and they rowed with the current to the river’s outlet into the Atlantic Ocean, 28 miles downstream. They made it to open waters just before dawn.

Among the eight men — all escaped slaves — was William B. Gould, a skilled tradesman who had worked as a plasterer around Wilmington. He could read and write, which was rare for an enslaved person, though he couldn’t know that just a day later, President Abraham Lincoln would sign the preliminary Emancipation Proclamation, declaring that on Jan. 1, 1863, all slaves in the Confederacy would be free.

The men headed out to sea, aiming for the ships that made up the Union blockade along the North Carolina coast. Eventually they reached the Cambridge, an armed steamer. They were not alone; since almost the beginning of the war, enslaved people had been self-emancipating, taking advantage of confusion amid the Civil War to escape to Union lines.

In most cases, Union ships that took on so-called contraband were encouraged to send them north. But with only 18 sailors, the Cambridge was undermanned, and soon Gould and his shipmates found themselves a part of the crew.

Over the next two and a half years, until the end of the war, Gould served in the United States Navy, one of the few escaped slaves to do so, though nearly 180,000 served in the Army. And from the beginning, he kept a journal, the only known record of the war written by a contraband.

Gould chronicled the timeless monotony of shipboard life, but also the occasional excitement of chasing down Confederate blockade runners. He documented the relative racial equality he found in the Navy, but also the endless slights and occasional episodes of outright discrimination faced by Black sailors.

And throughout the course of his travels he related the events of a world being turned upside down by war and emancipation.

In the diary, which was later transcribed into a book, complete with misspellings, he recounted how in New York City he had visited the offices of The Anglo-African, one of the country’s leading Black newspapers, then “pass’d throug some of the wealthey streets of Brooklyn” and later “Listened to a verry good Lecture by George Thompson of England,” one of Britain’s leading abolitionists.

Gould was across the Atlantic, helping chase down Confederate warships, when he heard the news that Gen. Ulysses S. Grant had captured Richmond, Va., the Confederate capital.

“On my return on board I heard the Glad Tidings that the Stars and Stripe had been planted over the Capital of the D—nd Confedercy by the invicible Grant,” he writes. “While we honor the living soldiers who have done so much we must not forget to whisper for fear of desturbeing the Glorious sleep of the ma[ny] who have fallen. Mayrters to the cau[se] of Right and Equality.”

After the war Gould settled in Dedham, Mass., and became a prosperous contractor. His diary ended up packed away in his attic.

There it sat until 1958, when his grandson William B. Gould III and great-grandson William B. Gould IV stumbled across it while cleaning out the house. His great-grandson, then in college, became fascinated with his ancestor’s diary and spent the next 50 years transcribing and annotating it while becoming a prominent legal scholar at Stanford University.

Professor Gould published the resulting book, “Diary of a Contraband: The Civil War Passage of a Black Sailor,” in 2003.

“He had it first hand; he was there for the first writing of history,” Professor Gould said in a phone interview. “And some of it was humdrum, the life of a sailor day to day, but some of it quite important, and not only in terms of his involvement in the war, but his observations about the war itself.”

William Benjamin Gould was born on Nov. 18, 1837, in Wilmington. His father, Alexander Gould, was a white Englishman; his mother, Elizabeth Moore, was an enslaved Black woman. The details of their relationship are unknown.

William and his mother were properties of a white peanut farmer named Nicholas Nixon. At some point William learned to read and write, skills largely forbidden to enslaved people. Professor Gould speculates that William Gould may have been taught by white missionaries, who were known to defy slave owners by providing enslaved people with a basic education.

Gould also learned masonry, and Nixon hired him out to construction and renovation projects around the Wilmington area. The plaster molding at one home, the Bellamy Mansion — now a museum — still bears his initials.

Soon after the Civil War began in April 1861, the U.S. Navy established a blockade off the North Carolina coast to cut off trade and military supplies. Nixon, like other wealthy white people, moved his household and slaves inland, in case of an invasion. The confusion gave Gould an opportunity to plot his escape, though it would be almost 18 months before he could put his plan into action.

Once aboard the Cambridge, he enlisted for a three-year term as a first-class boy, essentially an onboard servant. “First taking the Oath of Allegiance to the Government of Uncle Samuel,” he noted on Oct. 3, 1862. Though as a Black man Gould had only limited opportunities for advancement, he was later promoted to landsman and then wardroom steward.

The Navy was not segregated the way the Army was; white and Black men served and lived side by side. But Gould still experienced racism and discrimination at the hands of white officers. In his diary he notes how they occasionally refused to let Black sailors eat out of the ship’s mess pans because they did not want to use the same ones.

He contracted measles in May 1865, and the next several months, which he spent convalescing on shore, account for the only significant pause in his diary keeping.

Gould ultimately headed north to New York and Boston, where he switched ships, to the Niagara, whose forthcoming assignment was to interdict Confederate ships coming from Europe.

They were docked in Cadiz, Spain, when news arrived that the Confederates had surrendered at Appomattox, Va. The Niagara returned to Massachusetts, where Gould received an honorable discharge from the Navy.

He traveled back to Wilmington, which he found eerily empty, then back to Massachusetts, to Nantucket, where he married Cornelia Williams Read, who had also been enslaved. They settled in Dedham, Mass., and had eight children, six of whom served in the Army.

Gould picked up his trade skills where he left them before the war, working as a plasterer and eventually as a contractor. While helping to oversee the construction of St. Mary’s Church in Dedham, he noticed that a few of his employees had fallen asleep while laying cement, which dried incorrectly.

Gould knew that the mistake would likely go unnoticed, but that it could also lead to serious damage years in the future. He had the work torn down and redone, a costly decision that almost bankrupted his business but, as word about it spread, won him significant esteem around town.

In time he became a Dedham elder; he was the commander of the local post of the Grand Army of the Republic, the country’s leading veterans organization, and in 1918 he spoke at the town’s Decoration Day (today Memorial Day) festivities.

Gould died on May 25, 1923, at the age of 85. Though his descendants knew that he had served in the Civil War, it was only after years of research that William B. Gould IV discovered that his forebear had been born into slavery and had escaped from it.

In September 2021, the town of Dedham renamed a 1.3-acre plot of grass the William B. Gould Park. It also commissioned a statue in his honor, with plans to unveil it in 2023, on the 100th anniversary of his death.