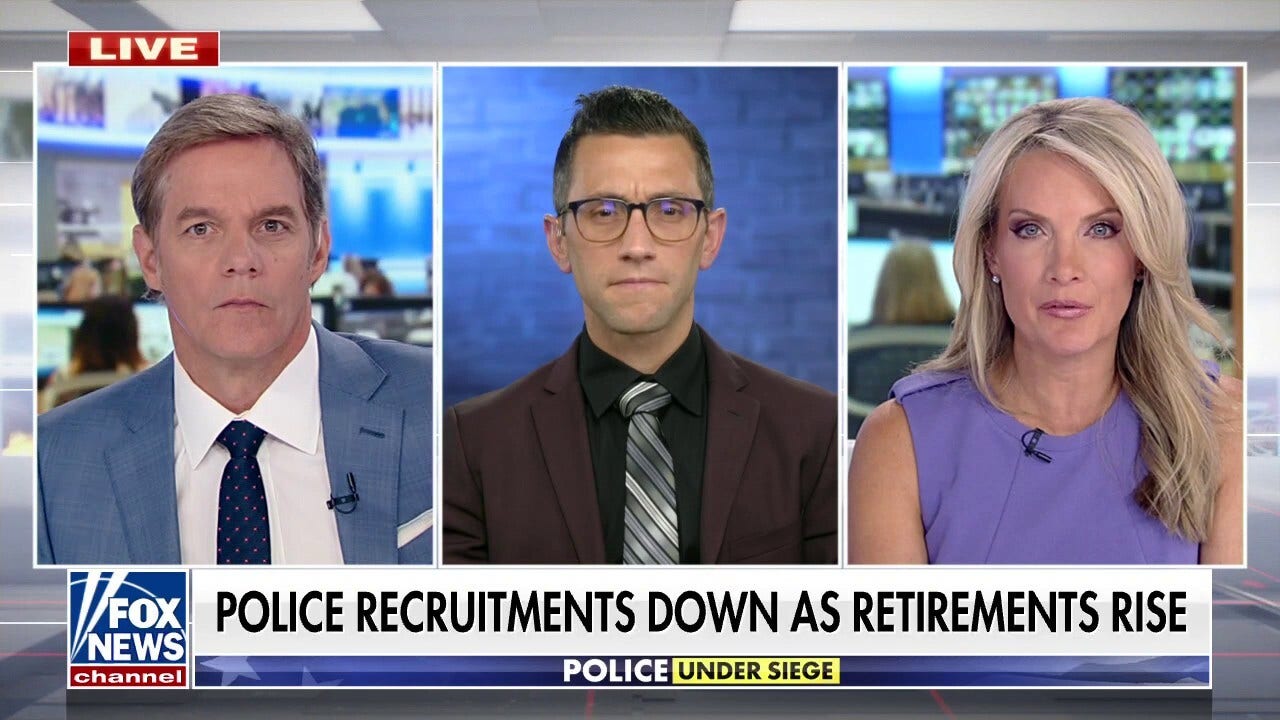 Joe Gamaldi, national vice president of the Fraternal Order of Police, warned his profession is dying as officer retirements and resignations are increasing across the country. On “America’s Newsroom” Tuesday, Gamaldi said officers are tired of being “demonized” by the media and politicians who have worked to “burn down” the institution.

JOE GAMALDI: For the better part of a decade, we’ve had the media and politicians systematically burning down the institution of policing in this country. And now we’re just living in the ashes. Retirements are up nationwide 45%. Resignations are up 20%. … This is leading to dangerous understaffing on the streets at a time when violence against us is through the roof to the tune of 157 police officers shot already this year. Response times are through the roof. We don’t even have people to investigate the crimes. … I’ve been a police officer for 17 years. It is not hyperbole when I say our profession is dying. We have been denigrated. We’ve been demonized. And we’ve been treated like crap for years. And we’re all sick of it.

WATCH THE FULL INTERVIEW BELOW: