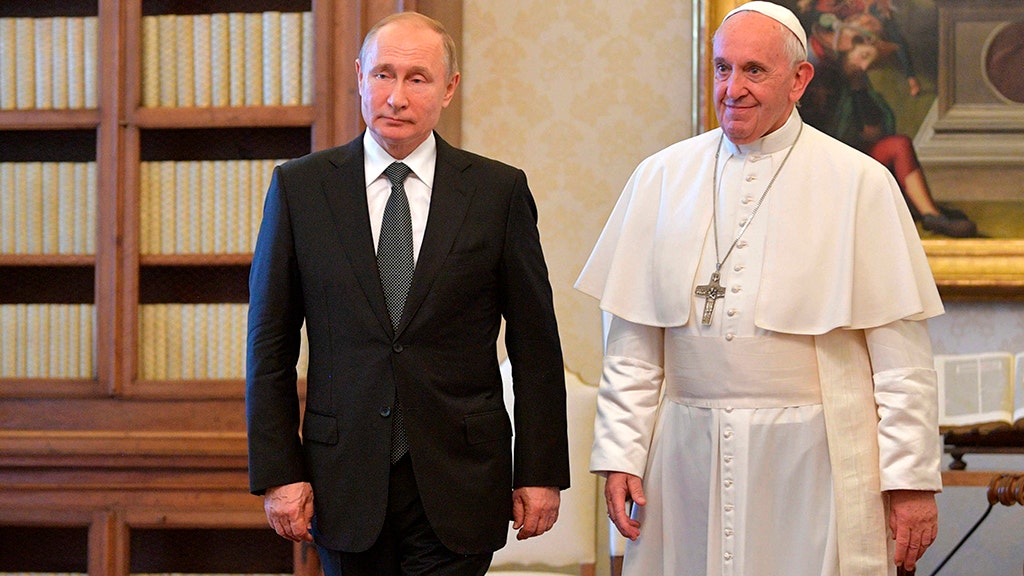 The Holy See has consistently deployed its “soft power” in the world of foreign affairs and relations among states. From helping resolve historic border disputes like the Treaty of Tordesillas in 1494 to securing the release of UK soldiers taken by Iran in 2007, the Holy See has for several hundred years provided constructive intervention into global problems.

It was Pope Benedict in 2007 who called into question Islamic radicalism in the 21st century—making the argument that the Islamic world needed to fit into the modern world, and not vice versa. Since that critical juncture, many Islamic scholars have joined together with leaders of other faiths to seek consensus on divorcing faith from radical and hostile actions.

With war now raging in Ukraine, where is the Holy See? And how has it chosen to use its moral authority and influence?

In Ukraine, the world now faces the worst brutality and inhumanity since the Second World War and Stalin’s purges. Vladimir Putin is actualizing his expressed long-term goal of regaining territories lost after the fall of the Iron Curtain. For years, he has longed for the territory held by Catherine the Great. Now, he’s even comparing himself to Peter the Great in executing this hegemonist aggression.

And the Holy See’s response?

While Pope Francis has made clear that he does not support the war or Putin’s personal butchery, he has created more confusion than resolution. He has nurtured, even if unintentionally, a false mantra that, essentially, the West is to blame for Putin’s aggression by having expanded NATO. As he said, quoting a source he valued, “They are barking at the gates of Russia. They do not understand that the Russians are imperialists and will allow no foreign power to approach them.” Despite the lack of evidence of any NATO hostility toward peaceful Russian actions, or the fact that NATO is in the business of protecting western democracies, including our newest members, Pope Francis has argued that its expansion is itself an aggression; and that because it would offend a Russian “imperialist” culture, we have been the wrongdoers.

Unfortunately, an authoritarian strongman like Putin will only be ennobled by these comments coming from the top of one of the West’s most esteemed institutions. Appeasement has never worked. As Churchill said, “An appeaser is one who feeds a crocodile—hoping it will eat him last.” In light of the history of Hitler and Stalin’s co-option and then destruction of the Church, one would hope that the pope would know this.

The pope has added to this confusion about the Holy See’s diplomacy regarding the Ukraine war by criticizing those who see the war as a struggle between good and evil. He advises those who view the war in such stark black and white terms to abandon this “Little Red Riding Hood” pattern of thought. He even contends that “there are no metaphysical good guys and bad guys, in an abstract sense.”

So a few questions: what level of death and destruction are necessary to make the wolf a malevolent aggressor? Has not the obliteration of a large part of Ukraine already accomplished this? Are there no universal truths and objective realities? Is the pope actually endorsing moral relativity?

Lastly, the pope has said that “While we see the ferocity, the cruelty of Russian troops, we must not forget the ‘real problems’ if we want them to be solved.” Is not the Russian war of attrition and extermination a real enough problem?

The Holy See is an important participant in global diplomacy. It has a long tradition of constructive value-added engagement, so it is especially unfortunate to see lost opportunities to bring moral clarity—to clearly articulate who are the bad actors in this conflict; and in an unqualified manner denounce the killing of innocents, destruction of non-military buildings and factories, and illegal and unjustified aggression by a foreign power into a fledgling democracy.

If the Holy See can’t say this clearly, who will?