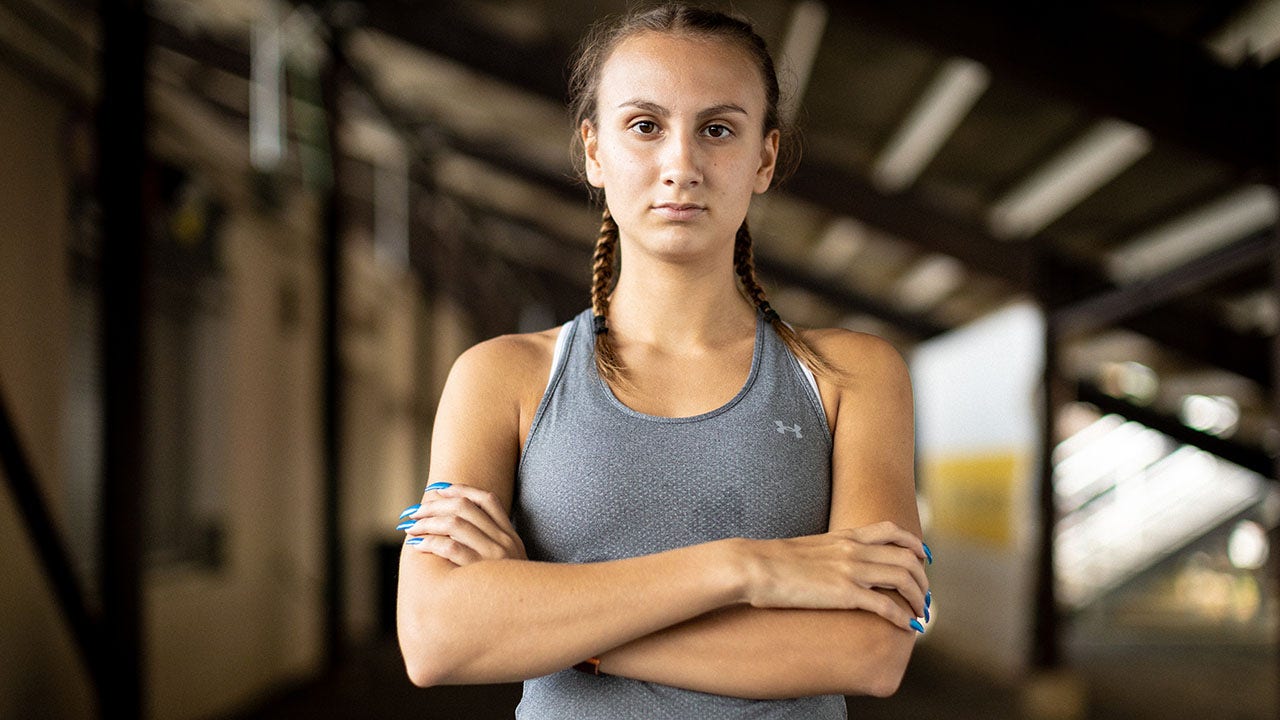 There are so many unfair things about what’s happening in women’s sports today. The unfair biological advantage that male athletes have when competing against female counterparts. The unfair destruction being done to women’s athletics. The loss of scholarships, of recruitment opportunities, of chances to compete at higher levels of sport. The unfair treatment by the media of girls and women who speak up against what’s happening.

But none of those injustices, in some ways, compares with what may be the most unfair aspect of the whole issue: the fact that we’re placing all the responsibility for resolving it on teenage girls.

This is not a problem teen girls should have to resolve, especially since they aren’t the ones who created it. Young women have their own instinctive sense of right and wrong. They may not grasp all the political and psychological intricacies of the transgender politics, but “fair?” Fair, they understand.

The adults created this increasingly convoluted mess, but they have no intention of taking responsibility for it, even as we approach the 50th anniversary of Title IX—a law designed to protect fair competition for women—on June 23. No, instead, they’re hiding behind the athletes out on the track and in the pools. And it’s working.

People who are angry at efforts to keep men out of women’s sports aren’t venting their fury at the coaches or schools or government officials. They’re venting it at the athletes—at people like my daughter.

When two male athletes began running against her in high school meets a few years ago, I waded into the bureaucratic red tape with everything I had. I wrote letters to the Connecticut Interscholastic Athletic Conference.

NCAA, LEADERS ARE DELIBERATELY TURNING A BLIND EYE TO INJUSTICES IN WOMEN’S SPORTS

Some of them professed to be sympathetic, but none of them offered to do anything. One by one, they passed the buck, shrugged off the responsibility, and told me there was nothing they could do.

Everybody wanted it to be somebody else’s problem.

POLL ON AMERICANS’ THOUGHTS ON TRANSGENDER ATHLETES DIVIDES TWITTER USERS: ‘CONFIRMS WHAT WE ALL KNOW’

“Somebody else” turned out to be a lot of teenage girls.

I started keeping a list of all the girls on whom this mass indecision had an impact and how they were affected. Week after week, track meet by track meet, male athletes were outrunning them, pushed along by the political winds at their backs. Soon, the names of affected girls were running into the hundreds.

Girls were losing their best chance at scholarships, being ignored by recruiters, and being pushed off of platforms and out of the running for opportunities to participate at higher levels.

Their fates lay in the hands of anonymous officials whose names no one, even now, knows or remembers. They come and go from their offices, move through their day, facing no serious consequences for the far-reaching decisions they’ve made behind the scenes. Google one of them, and you’ll see one, maybe two references that may or may not even relate to the issue.

Then type in the name of my daughter or one of the other young women who filed suit through Alliance Defending Freedom against the Connecticut Interstate Athletic Conference (a nearly three-year-old matter now on appeal to the U.S. Court of Appeals for the 2nd Circuit). You’ll find pages and pages of op-eds and hit pieces and denunciations of their motives and character. Follow them around their college campuses, and you’ll see the daily pushback they endure from peers who’ve bought into the media push in support of this unfair competition.

Chelsea Chelsea Mitchell is a college sophomore and track athlete. She is represented by Alliance Defending Freedom.
(ADF)

These girls didn’t make the rules, upend the norms, or codify regulations that deny biological reality. They didn’t do anything to destroy women’s sports.

They’re just taking the fall for those who did.

“Unfair” doesn’t begin to cover it.

Christy Mitchell and her daughter Chelsea are among the plaintiffs in a lawsuit against the Connecticut Interscholastic Athletic Conference.